Chip seal is most efficient when it is used as part of an ongoing road maintenance program.

Chip seal rejuvenates the road, seals the cracks and adds another wearing surface. It offers better flexibility and better skid resistance than hot mix asphalt (HMA). If the roads were sealed on a regular basis (7 to 10 year rotation), very little additional maintenance would ever be required, minimizing life-cycle costs.

However, not all streets deteriorate at the same rate because of many factors (sub-grade, environment, traffic volume, vehicle weight, etc.). The pavement condition of each road should dictate what preservation method or combination of methods should be used. Please contact us if help is needed to sort out the most cost-efficient pavement preservation method. These methods may include crack seal, chip seal patching, hot mix patching, chip seal, double chip seal, asphalt rubber chip seal, fog seal, slurry, micro-surfacing, and/or hot mix asphalt overlay. 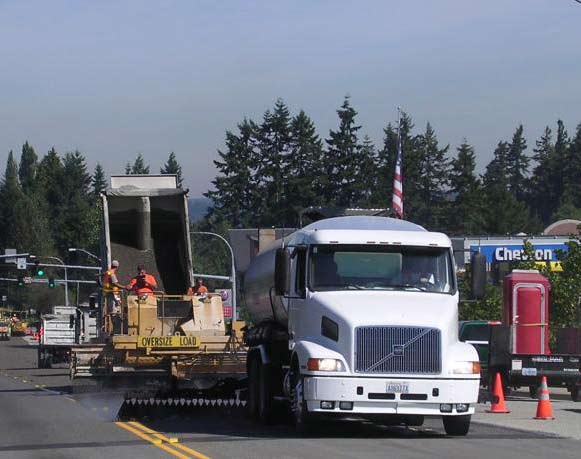 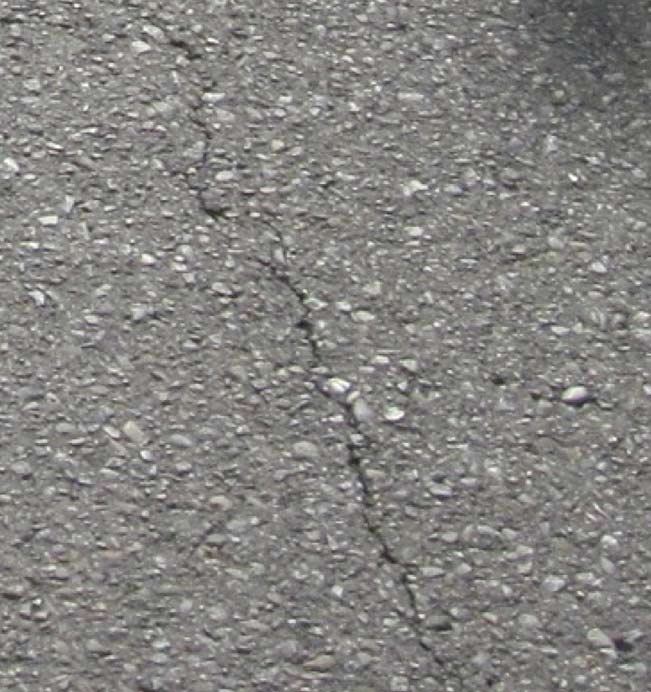 The picture, above, depicts a tight crack, less than 1/16” wide. Ideally, roads should be sealed before the condition gets any worse than this. Chip seal should seal hairline cracks like this for at least 7 years. 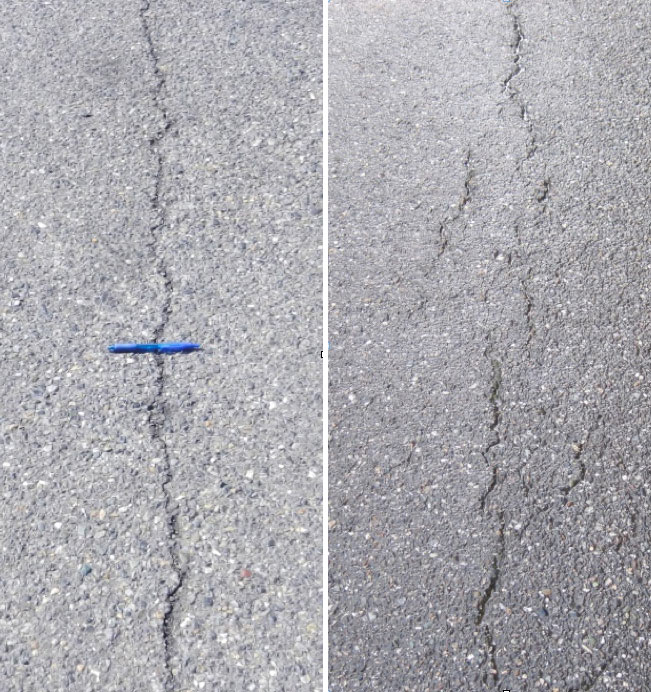 Wider cracks, shown above, should be sealed beforehand, with a hot applied rubberized asphalt sealant. Without sealing these cracks first, they will probably reflect through in two to four years.

The ideal time to chip seal is before a road starts to deteriorate. The cost in the long run will be less and the road will be in better condition.

If portions of the road have deteriorated too far to be saved by a single chip seal, a chip seal patch may be the most cost-effective way to preserve the asphalt pavement.  The extra layer adds body and strength to the road, bridging over alligator type cracking, while remaining flexible. In most cases, chip seal patches perform just as well as hot mix asphalt (HMA) repairs, at a fraction of the cost. With proper application, patching with chip seal can bring the pavement rating up to an acceptable level, and this technique has been proven to last well into the next maintenance cycle.

Chip seal patches could be installed the same day as the chip seal, on a small scale, but the best results are achieved by allowing the patches to cure out overnight.

Applying an extra layer of chip seal for pavement repair should NOT be considered in the following circumstances:

Repairing the deteriorated areas with chip seal instead of hot mix asphalt patches eliminates many of the problems of HMA repair, such as: 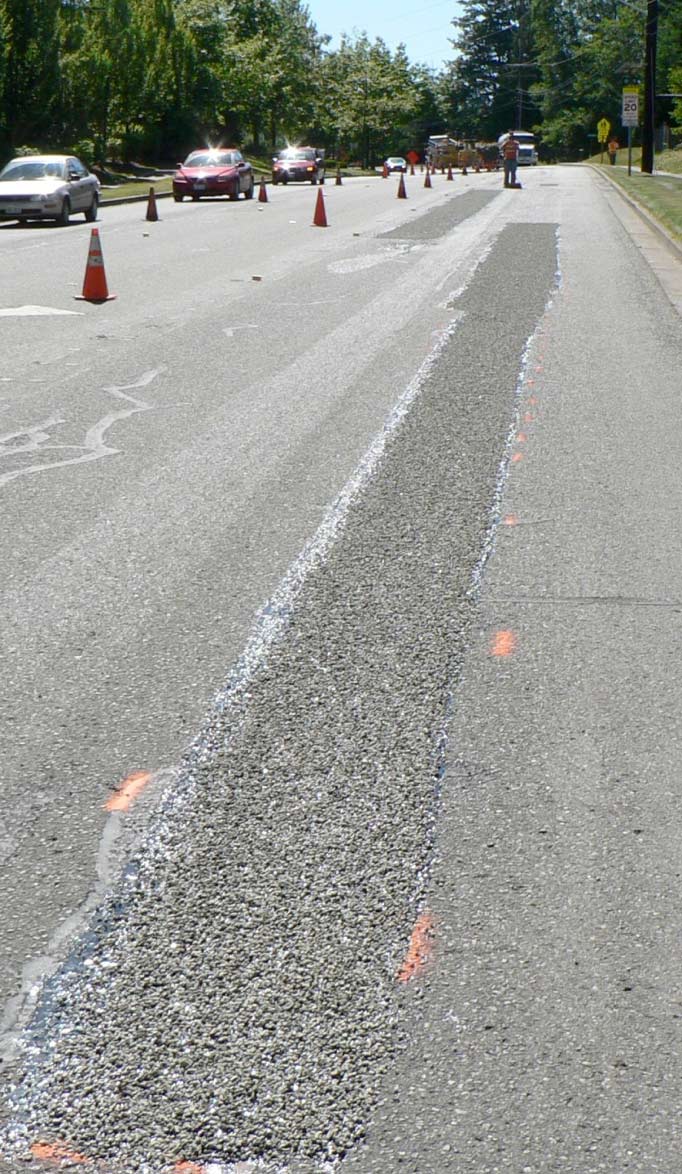 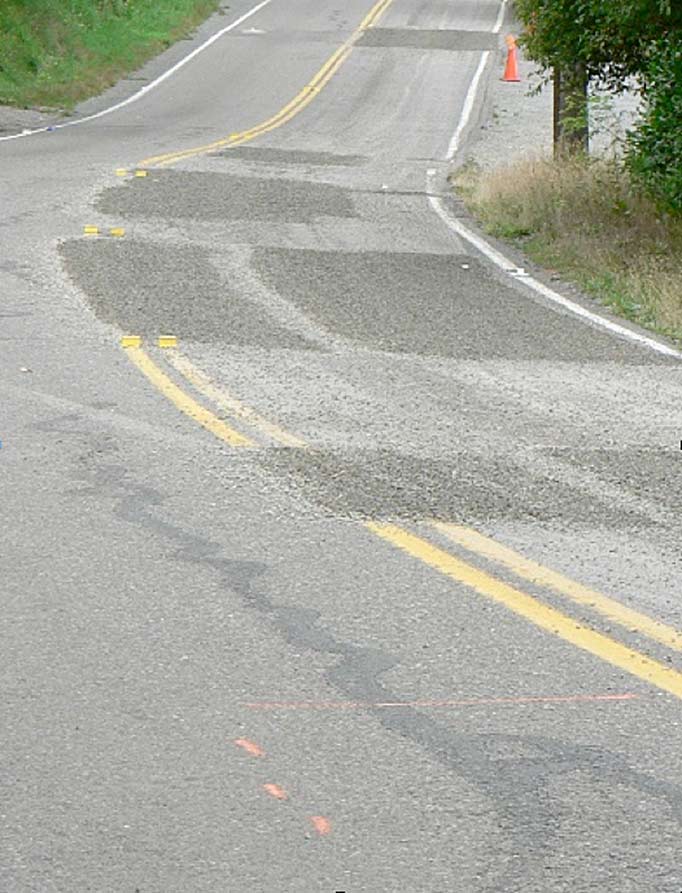 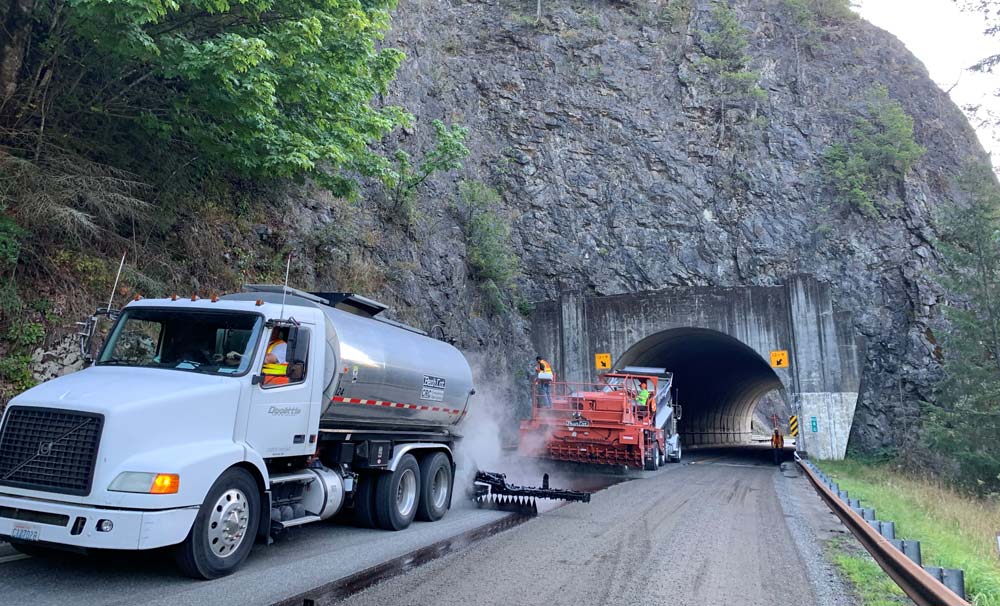 Before planning a chip seal project, there are key items to consider. Selecting the correct aggregate size is the most important. Larger aggregates allow for a heavier asphalt application, which helps increase longevity, but have a noticeably rough texture – more suitable for rural applications. Finer aggregates provide a smoother surface – more suitable for residential and city applications, but require a lower asphalt application, which can slightly reduce longevity (when compared to the larger aggregate). After the correct aggregate size is selected, the focus can shift to construction techniques and environmental considerations. Listed below are key construction considerations:

The use of a fog seal on top of a chip seal has become the industry standard. The recommended mixture is 60% CSS-1H, diluted with 40% warm water; applied at a rate of 0.12 to 0.15 gallons per square yard. It is good insurance to protect a new chip seal. The benefits are numerous: 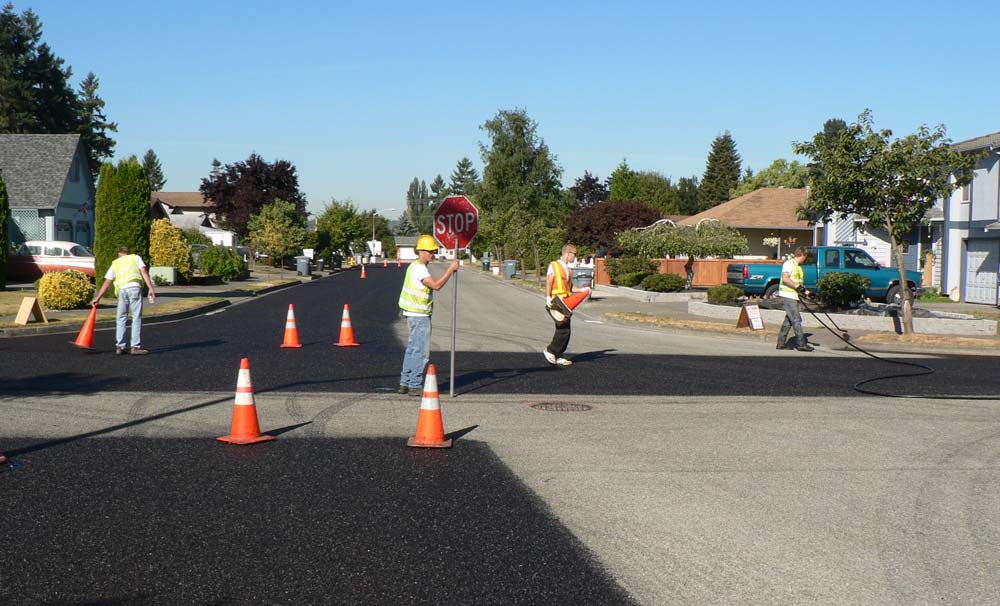 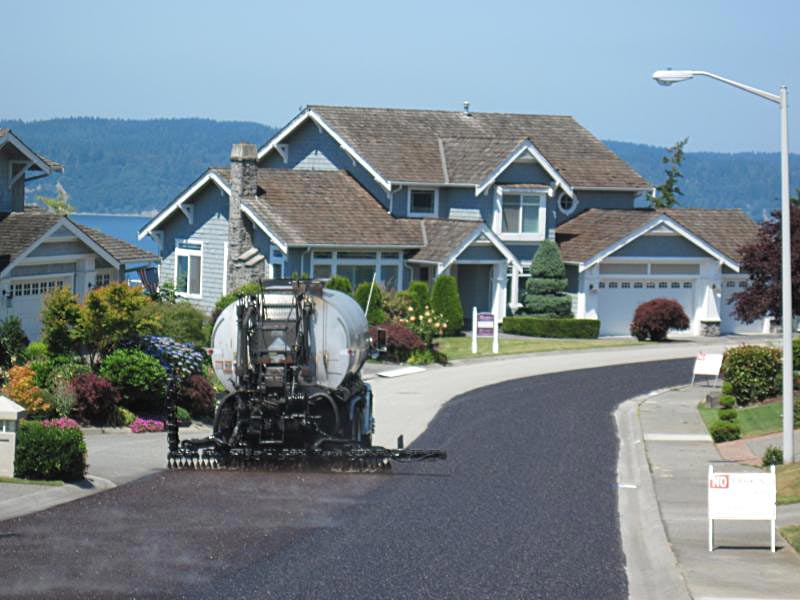 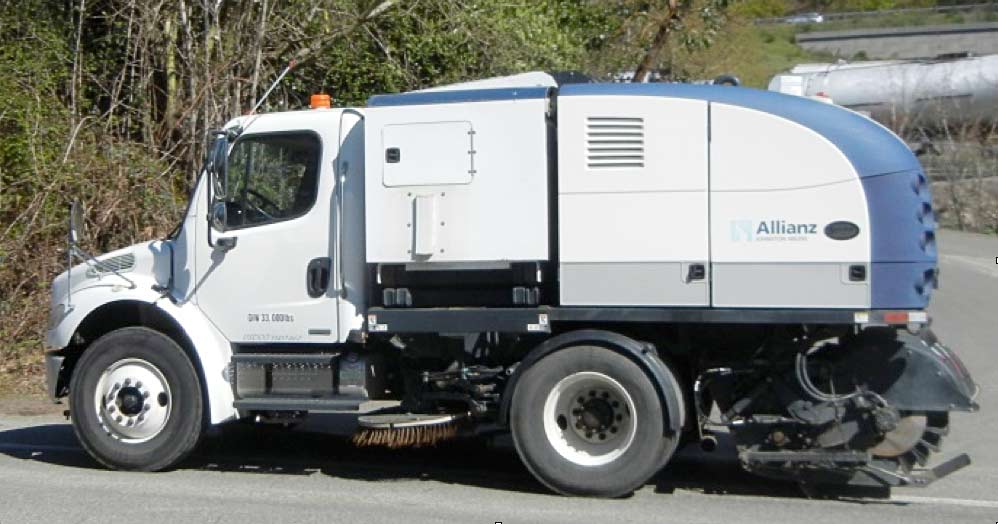 One of the biggest complaints about chip seal is the loose gravel. A fog seal after the chip seal greatly reduces the amount of sweeping (and complaints), but there will be some gravel kicked loose over the next 9 months. If the labor and equipment is assigned for this extra sweeping beforehand, perhaps sweeping every few weeks, the local residents will be much more accepting of this pavement preservation method. This is especially important on streets with curbs or bike lanes.